Salman Khan is an Indian film actor, producer and television personality. He is one of the popular actor in Bollywood. He is well known for his personality and fitness in Bollywood . He made his Bollywood debut with a small role in the movie Biwi Ho To Aisi (1988) and later played his first lead role in Sooraj Barjatya’s romantic family drama Maine Pyar Kiya.
Salman is one of the highest paid actor in Bollywood. Salman Khan was ranked seventh in Forbes’s first global list of highest-paid actors in the world, with earnings of US$33.5 million, which placed him higher than such Hollywood actors as Johnny Depp, Brad Pitt, Leonardo DiCaprio and Dwayne The Rock Johnson. He also became the only actor to collect over ₹5.00 billion (US$74 million) domestic net in a single year in India. All his films earn more than 200 crore. Ten of the films in which Khan has acted in have accumulated gross earnings of over ₹1 billion (US $15 million). He is the only actor to star in the highest-grossing Bollywood films of nine separate years. Khan topped Forbes India charts for 2014, in terms of both fame and revenues. According to Forbes Salman is the top paid entertainer in 2015.
Salman is not only a richest actor in Bollywood but also very popular actor in the world. Khan was ranked the second “Most Googled Indian of 2015” and first among Bollywood actors. In 2011, 2012 and 2013 he was declaredTimes of India’s Most Desirable Man in India. In 2004 Khan was ranked as 7th Best looking manin world – People Magazine, USA. In 2010 People Magazine, India declared him the Sexiest Man Alive. In 2008 his life like wax statue was installed in London’s Madame Tussauds Museum and so in 2012 once again his another wax statue was installed in New York’s Madame Tussauds Museum.
Salman Khan is also known for  for his charitable work. He has very big heart. He donates millions of dollars every year to children and people. He also donates his blood every year. His NGO “Being Human ” sells T-shirts and other products online and in stores. Salman has expanded his charitable organisation “Being Human” by opening up more stores in the country as well as go international with stores in Sri Lanka.
Salman also helped many celebrities to achieve what they are today. Himesh Reshammiya, Sanjay Leela Bhansali, Arjun Kapoor, Katrina Kaif amd Sajid-Wajid became famous by the help of Salman. 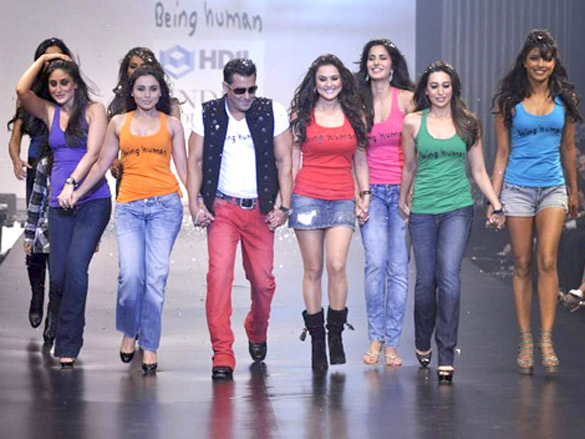 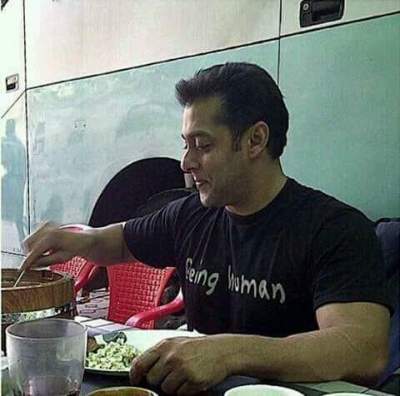 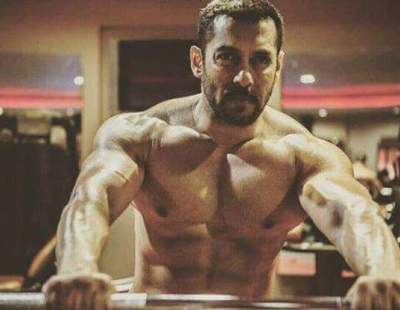