Sonakshi Sinha is an Indian actress. She is daughter of actors Shatrughan and Poonam. She is one of the fastest emerging stars and established herself with a series of hit films. After working as a costume designer in her early career, Sonakshi made her debut in action-drama film Dabangg (2010) which led her to win the Filmfare Award for Best Female Debut.
Before coming to Bollywood she used to very fat girl. Before her first film her weight was 90 kg. For her first film Dabangg she has lost 30 kg and now she is very beautiful and sexy. Check out her real secret of fitness and diet. 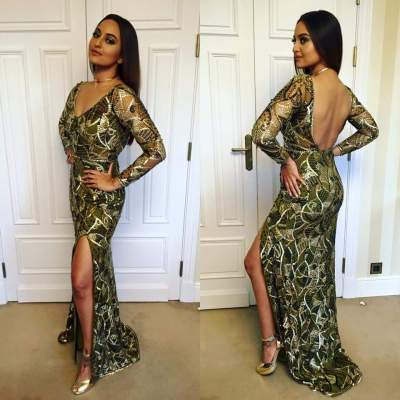 Diet played very important role in weight loss. She used to consume all kinds of foods including sugary foods items such as cakes, pastries etc. For her first film she gave up all the junk food and high carb high sugar foods. She started eating healthy homemade foods to shed the extra kilos. She also changed her eating time periods from 3 large meals a day to 5 small meals a day. Her favourite drink is green tea. She drinks green tea 3 times in a day.
Breakfast
Mid-morning
Lunch
Evening Snack
Dinner
FITNESS SECRET 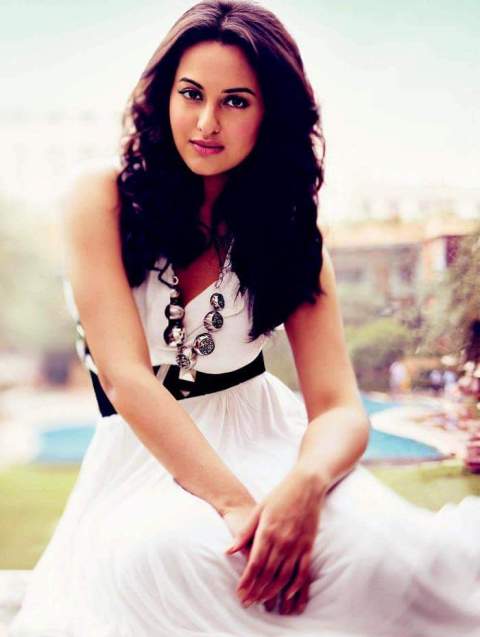 “ Be comfortable; be you. What’s most important is to understand what suits your body type and personality. Stick to that, and you can’t go wrong! “
— Sonakshi Sinha